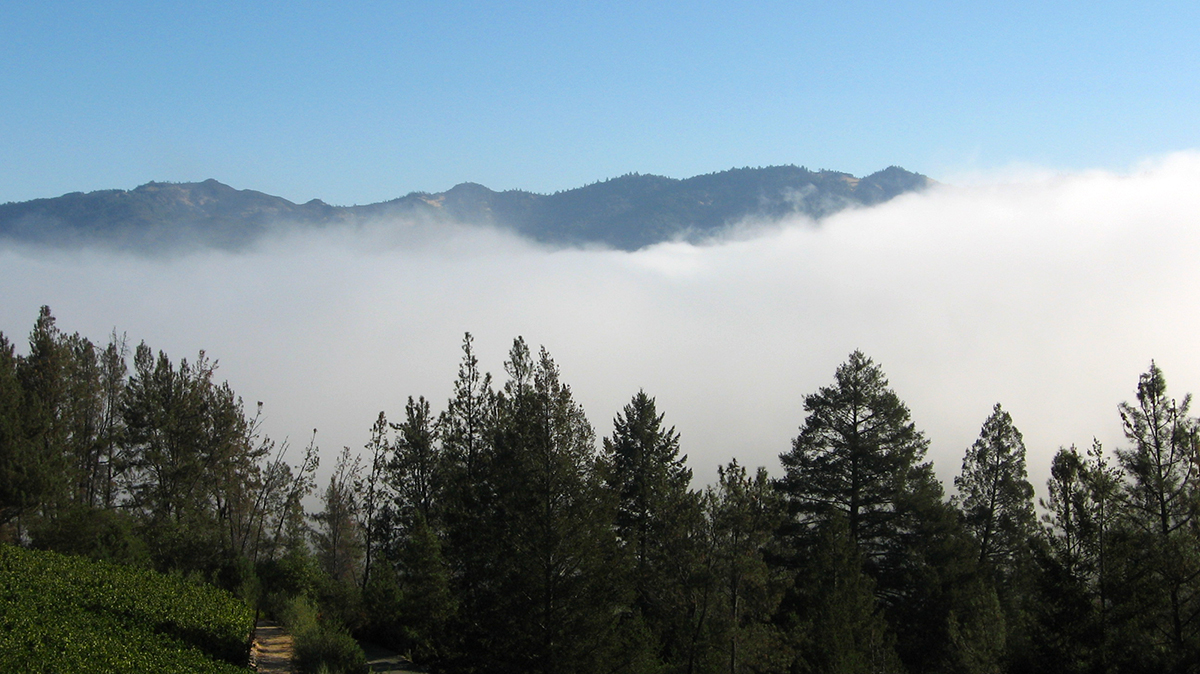 Diamond Mountain’s reputation as an ideal place for making stellar wine began 150 years ago. German immigrant Jacob Schram, who founded Schramsberg Vineyards in 1868, was one of the first to realize its potential. A century later, Diamond Mountain Cabernet Sauvignon earned worldwide fame when Al and Boots Brounstein founded Diamond Creek Vineyards in 1968. They created the Napa Valley’s first single-vineyard Cabernet Sauvignons, and along with pioneers like Rudy Von Strasser and Robert Craig, made Diamond Mountain Cabs some of the most prized in the entire valley.

The secret lies in our soil. Grab a handful of dirt in a Diamond Mountain vineyard it’s studded with crystals and obsidian glass that sparkles like black diamonds. The mountain got its name from these shimmering reminders of a volcanic eruption as the Mayacamas Mountain range was formed thousands of years ago.

Today, our neighbors on Diamond Mountain include Checkerboard Vineyards, Dyer Vineyards, The Vineyardist, Reverie and Wallis Family, while elite wineries including Lokoya, Sterling and Hall source fruit from nearby.

We hope you’ll taste why Diamond Mountain is one of the world’s most exalted terroirs for Cabernet Sauvignon.